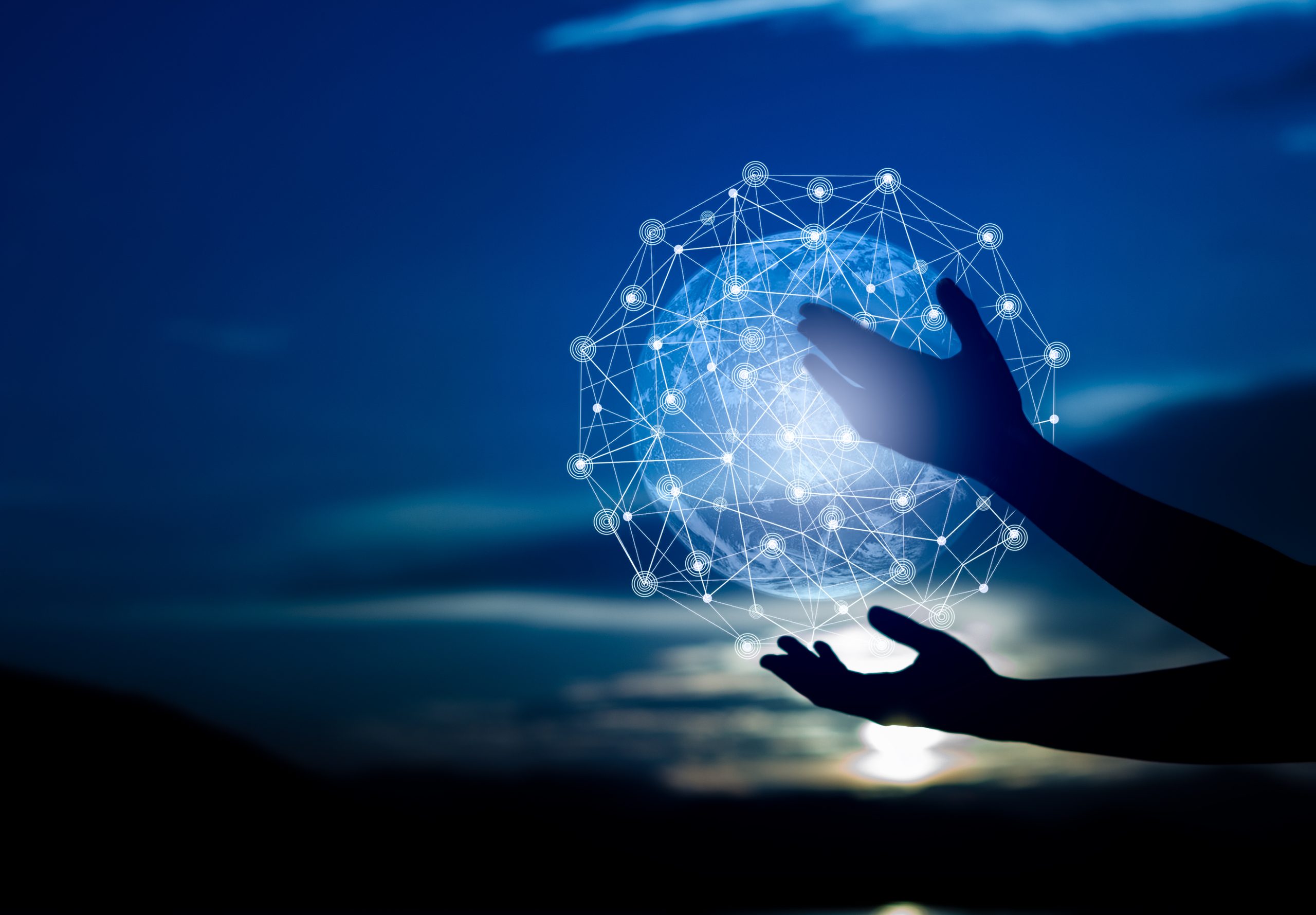 Lessons Learned from a Decade of ABM.

Account Based Marketing is not a new idea, though it has become trendy in the past five or six years, as companies realized that focusing on large accounts requires a different approach from traditional demand generation. The idea of selecting and targeting high-value prospects and supporting key sales representatives with appropriately customized communications has always had a place in B2B marketing, though it was not referred to as Account Based Marketing until the mid-2000s.

But while today’s ABM is considerably more sophisticated than the programs we implemented decades ago, the lessons we learned from our successes and speed bumps do still apply today.

Lesson 1. Engage top management early and often.
Programs like ABM that focus on large accounts require a different and longer-term commitment from management than traditional demand-gen programs. This is because it usually takes longer to convert large prospects into revenue, which means that the payback (ROI) is hard to identify until you start to write proposals to your leads—something that may not even take place in the first year of the program.

The reasons for the importance of this step are clear: Chief Marketing Officer tenure is down to 40 months—the lowest on record, according to Spencer Stuart’s study released in April 2021. At the same time, Chief Executive Officer tenure is at its highest point (80 months). So, if your program doesn’t have approval at the highest level, it can get caught up in politics. In our experience, Account Based Marketing always pays off, given enough time to calculate its impact.

Marketing to management by publishing your ABM Playbook, making periodic reminders of your progress, and celebrating your wins all contribute to the success of your ABM program.
END_OF_DOCUMENT_TOKEN_TO_BE_REPLACED 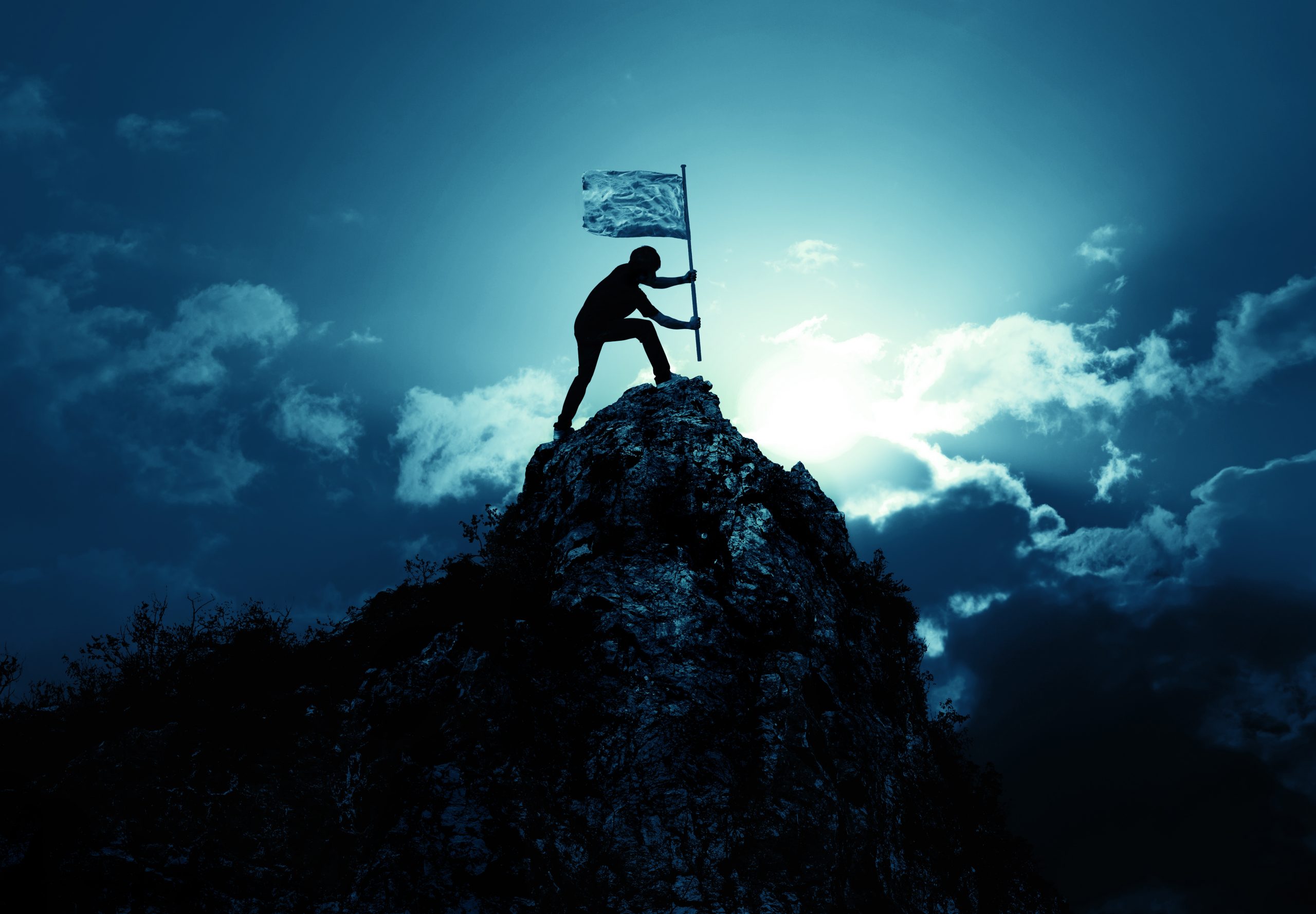 Account Based Marketing (ABM) is a focused effort to win business from your most desirable prospects. Because these prospects are typically large, and their business is often controlled by a committee of decision makers and buying influencers, your ABM pilot program will span many months, if not years. And once success has been achieved, ABM in roll-out will become a mainstay of your marketing efforts, taking its place beside your traditional demand-generation initiatives.

With that in mind, what are the milestones along the way to a successful pilot?

The first milestone is the development of your ABM plan. As ABM is a program that will impact your largest prospects, you need to build your plan around a close collaboration with your sales team, since they will be responsible for following up on the leads. Salespeople on your ABM team need to have an incentive to succeed with the early parts of the program, even though revenue from converting these large accounts may not hit the books until next year or later. Goals, objectives, and KPIs for success should be part of the plan.

Next is approval of the plan and budget from the highest level of your organization. Because acquiring and eventually servicing these large accounts is likely to affect every part of the organization from senior management to the plant floor, it is important to secure approval and support from all the stakeholders early in the planning.

Gaining consensus on the target accounts—the accounts that deliver not just the revenue you want, but whose culture also makes them a good fit with your firm—is well worth the time you devote to the effort to define them.

END_OF_DOCUMENT_TOKEN_TO_BE_REPLACED 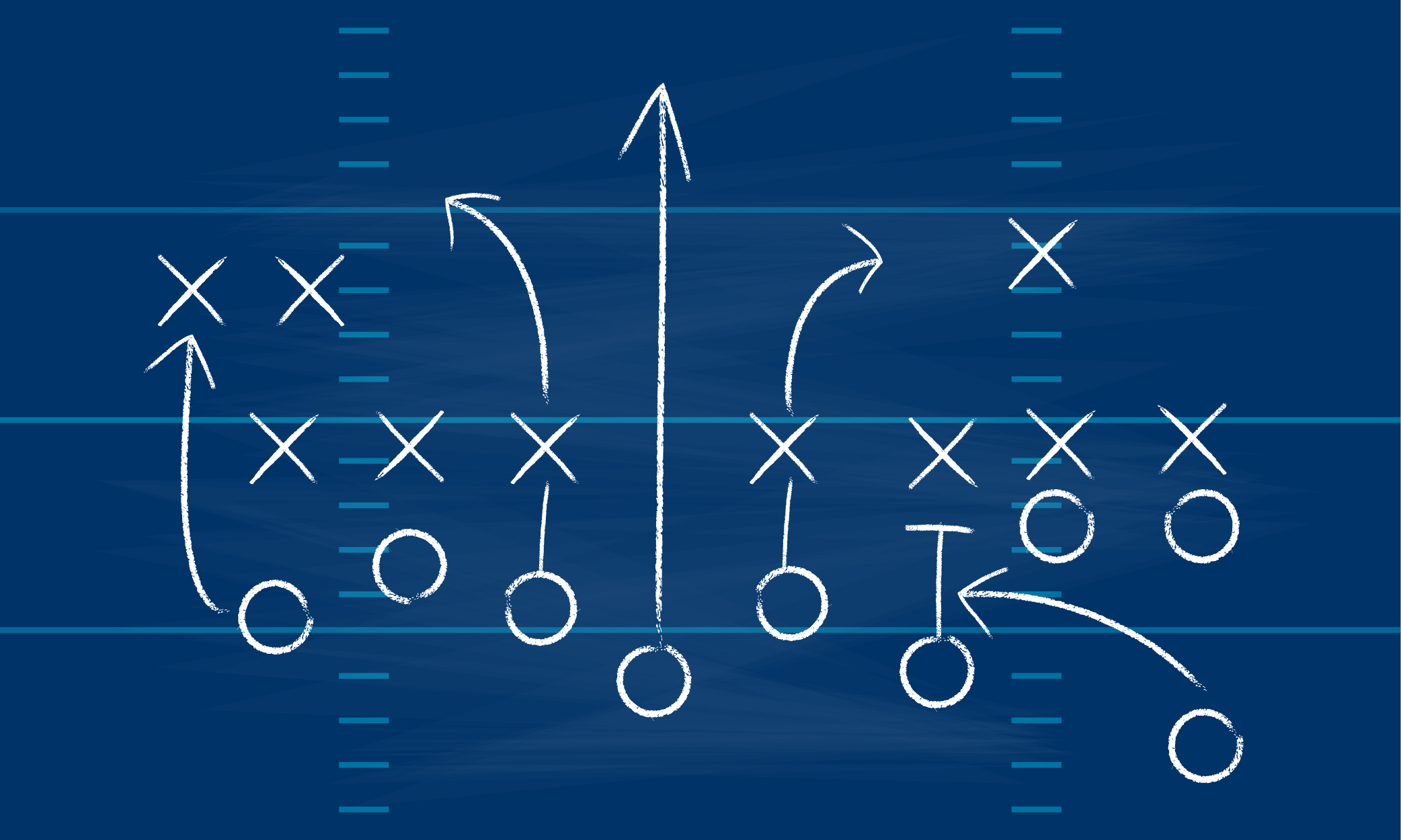 The Importance of the ABM Playbook

The ABM Playbook is the multi-tool in your ABM tool chest.
The ABM Playbook describes your program in key detail, with schedules and milestones identified. It explains how ABM is different from other lead-generation activities and expresses that ABM does not replace those activities. Rather, it is a focused approach to gain traction with your organization’s most coveted accounts, and requires collaboration between marketing and sales, with the endorsement of senior management.

The ABM Playbook is your kickoff communication.
Your Playbook explains the nature of the collaboration, the need for sales feedback to be sure the marketing efforts are effective—and wherever possible to tweak the program to become more responsive as analytics and anecdotal evidence come in. The Playbook emphasizes the fact that your ABM program targets your largest potential prospects and does not typically see a payback in revenue the first year. So KPIs for the program are different from the metrics for other demand-generation efforts going on in your organization—and center around developing a deeper understanding of the composition of the buying committee within each prospect and securing engagement with every level of purchasing agents, influence agents, users, and other decision makers. Spelling out your criteria for success at the outset of the program will allow you to report on the progress you make as you move forward.

END_OF_DOCUMENT_TOKEN_TO_BE_REPLACED 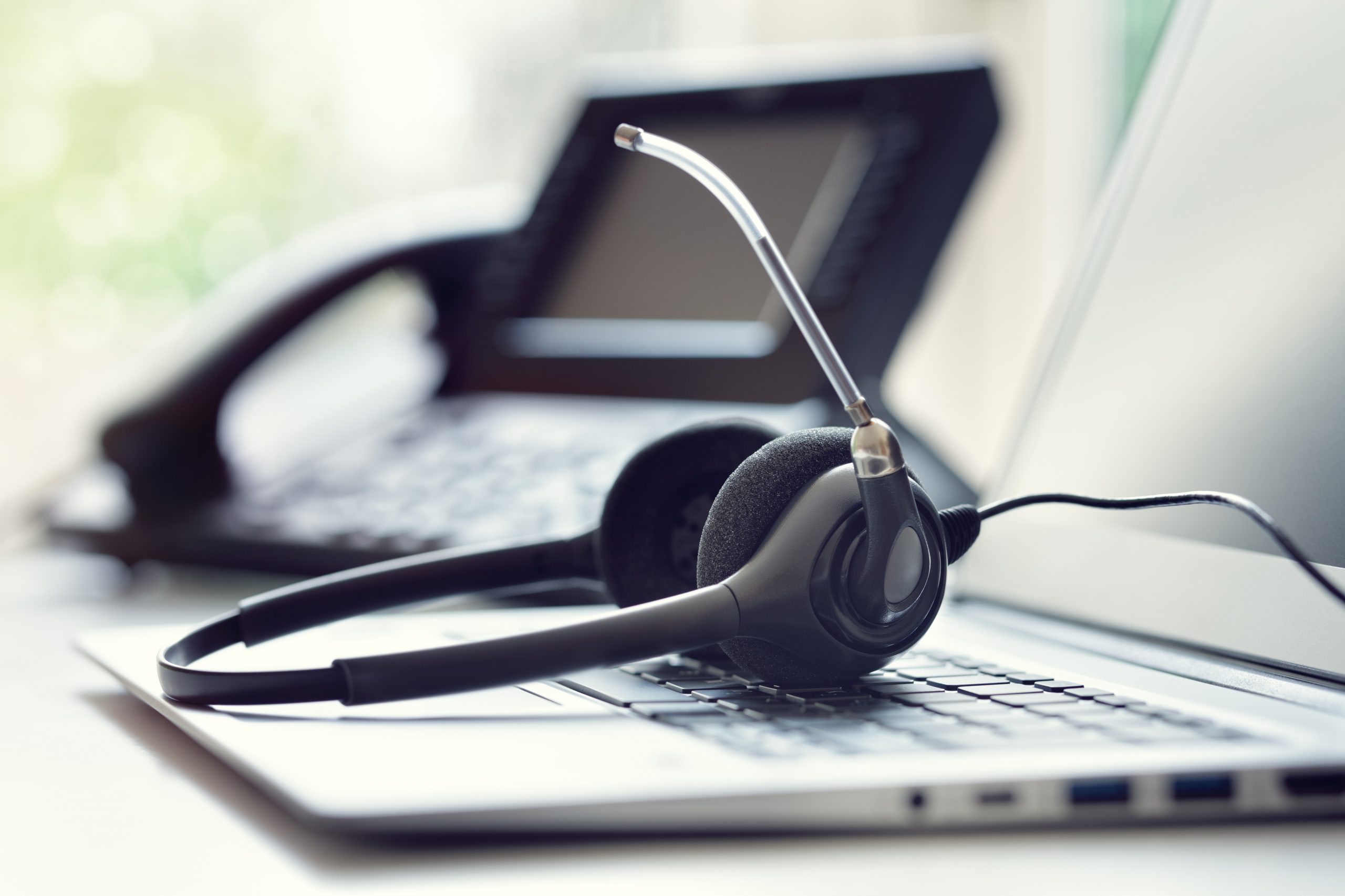 Telemarketing: How to double your results from B2B demand generation.

But the programs that really pay off in terms of ROI (for very different businesses)—programs that are continually funded and refunded because of their success—have a number of things in common that contribute to their results.

Successful programs always start with a program brief.
The brief states the goals, the quantitative objectives, and the conditions for success; includes a specific definition of a lead; and articulates how the program will be measured.  The brief sets expectations and identifies potential obstacles.

The brief may be quite extensive or take up only a few paragraphs on a single page, but it will identify:

END_OF_DOCUMENT_TOKEN_TO_BE_REPLACED 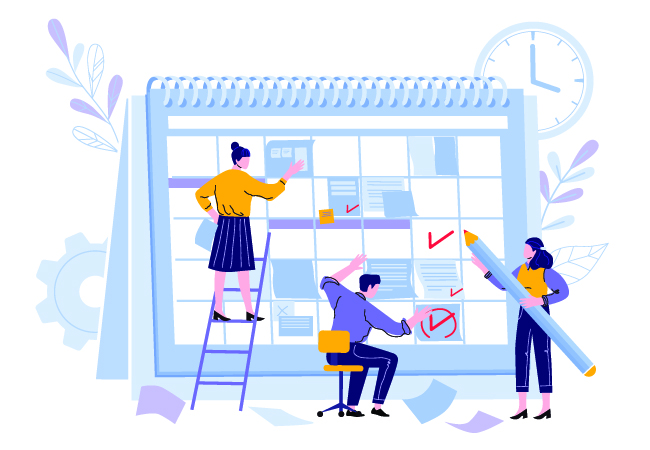 What’s the most important factor in B2B lead generation? TIMING!!

You’ve worked out your B2B strategy to generate prospects for your very ambitious sales quota. You have worked with your sales team to identify the ideal candidates for your company’s products and services. You’ve researched the key buying decision-makers and influencers on the buying committee. There was a time when the next step would clearly have been to spend half your marketing budget on a few key shows for your industry—with pre-show mail, email, booth design and tchotchkes to beg, cajole, and entice these juicy potential buyers to visit your show booth, meet with your sales teams, and engage with your show microsites. Timing was a given. Prospects were at the show to shop, and your team was there to sell. And the power of those face-to-face encounters vaulted over several steps in the sales process of converting a prospect to a warm lead. That was then.

This is now. 2021. Almost post-COVID. This year has changed almost everything about the sales process in business-to-business. Prospecting – and its timing – is particularly challenging, without chance meetings at trade shows, networking events and introductions to your customer’s teammates from other departments when you’re on site for a sales or service call. Now we have “virtual” shows, with “virtual prospects” attending, and salespeople are having Zoom conversations with “virtual opportunities” that often never emerge from the shadow world to become real. So what now?

END_OF_DOCUMENT_TOKEN_TO_BE_REPLACED

GET UPDATES RIGHT TO YOUR INBOX

END_OF_DOCUMENT_TOKEN_TO_BE_REPLACED Identifying “The Single Most Important Point” (SMIP) for Your B2B Marketing Creative Brief.

END_OF_DOCUMENT_TOKEN_TO_BE_REPLACED

The Verdi Group is an award-winning, full-service direct marketing agency. We exceed response expectations by delivering creative that delights our clients and their customers. If you would like to work with us or find out more information. Fill out the following form as we will get back to you as soon as possible.